Items related to The Politics of Aristotle

Barker, Ernest The Politics of Aristotle

The Politics of Aristotle 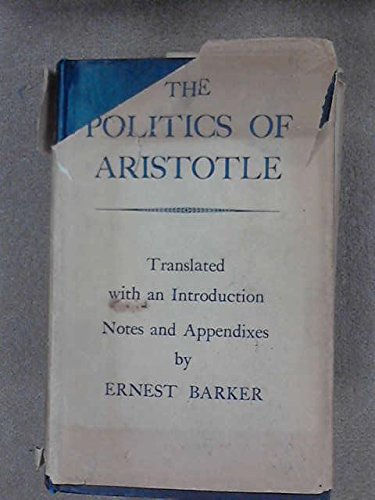 Written 23 centuries ago, Politics remains central to the study of political science. The Greek philosopher's carefully argued analysis is based on a study of more than 150 city constitutions. 8 cassettes.

"Aristotle (384 BC - 322 BC) was a Greek philosopher, a student of Plato and teacher of Alexander the Great. He wrote on many different subjects, including physics, metaphysics, poetry, theater, logic, rhetoric, politics, government, ethics, biology and zoology.

Aristotle (together with Socrates and Plato) is one of the most important figures in Western thought. He was one of the first to systematize philosophy and science. His thinking on physics and science had a profound impact on medieval thought, which lasted until the Renaissance, and the accuracy of some of his biological observations was only confirmed in the last century. His logical works contain the earliest formal study of logic that we have and was not superseded until the late nineteenth century. In the Middle Ages, Aristotelian metaphysics had a profound influence on philosophical and theological thinking in the Islamic and Jewish traditions, and on Christian thought, where its legacy is still felt in Christian theology, for example in Orthodox theology, and especially within the Catholic tradition shaped by scholasticism. All aspects of Aristotle's philosophy continue to be the object of active academic study today.

Though Aristotle wrote many elegant treatises and dialogues (Cicero described his literary style as a river of gold), it is thought that the majority of his writings are now lost. They were lost and rediscovered several times, and it is believed that about one fifth of the original works have survived." (Quote from wikipedia.org)

1. THE POLITICS OF ARISTOTLE

Shipping: US$ 13.63
From United Kingdom to U.S.A.
Destination, rates & speeds