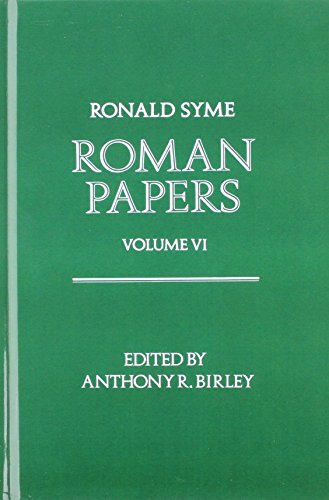 These fifty-nine papers on Roman history complete the collection of Sir Ronald Syme's life work. Volume VI covers such varied topics as human rights and social status at Rome; marriage ages for senators; oligarchy at Rome; a paradigm for political science; military geography; diet at Capri; early priesthood; and unrecognized authors from Spain. Volume VII contains later, unpublished work that was still in manuscript form at the time of his death in 1989. The final paper is an ingenious spoof on Tacitus, comprising a Latin text on the story of Titus and Berenice and historical commentary.

Shipping: US$ 26.58
From Netherlands to U.S.A.
Destination, rates & speeds