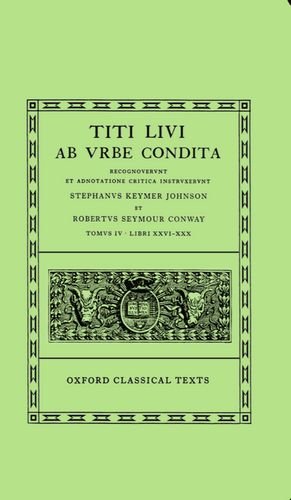 The aim of the series remains that of including the works of all the principal classical authors. Although this has been largely accomplished, new volumes are still being published to fill the remaining gaps, and old editions are being revised in the light of recent research or replaced.

Titus Livius (c. 59 BC-AD 17), known as Livy in English, wrote a monumental history of Rome, Ab Urbe Condita, from its founding (traditionally dated to 753 BC) through the reign of Augustus.