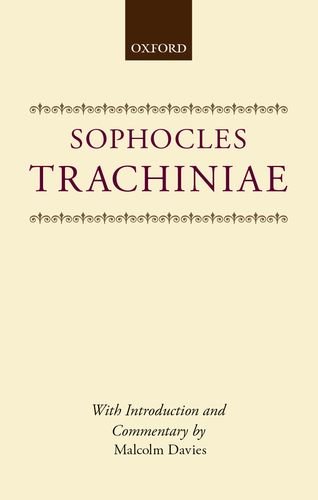 Sophocles' Trachiniae has traditionally been his least popular play, but it is now generally agreed that its tragic vision of life is perfectly compatible with that of his other dramas. The introduction to this important new commentary deals with the play's merits, the question of its unity, its treatment of the hero Heracles, the story's pre-Sophoclean tradition, and the evidence of contemporary art. Much of the commentary itself is devoted to textual problems that arise from the frequently corrupt and uncertain text, as well as wider issues of interpretation.