Items related to On the Properties of Things: John Trevisa's Translation... 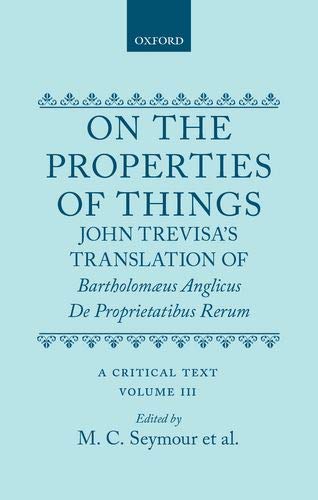 Trevisa's translation of De Proprietatibus Rerum was the first encyclopedia ever published in English. From the late middle ages to the early 16th century, it was the most popular work of its kind, and it provides scholars with first-hand commentary on central medieval ideas. The two-volume text of the translation appeared in 1975 and quickly established itself as definitive. The third volume, comprising an introduction and glossary, plus a book-by-book commentary written by noted medieval experts, offers an informative guide to this mine of medieval thought.