Items related to Boethius: The Consolations of Music, Logic, Theology,...

Boethius: The Consolations of Music, Logic, Theology, and Philosophy 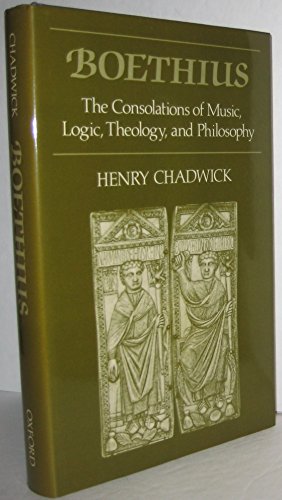 The Consolations of Philosophy by Boethius, whose English translators include King Alfred, Geoffrey Chaucer, and Queen Elizabeth I, ranks among the most remarkable books to be written by a prisoner awaiting the execution of a tyrannical death sentence. Its interpretation is bound up with his other writings on mathematics and music, on Aristotelian and propositional logic, and on central themes of Christian dogma. Chadwick begins by tracing the career of Boethius, a Roman rising to high office under the Gothic King Theoderic the Great, and suggests that his death may be seen as a cruel by-product of Byzantine ambitions to restore Roman imperial rule after its elimination in the West in AD 476. Subsequent chapters examine in detail his educational programme in the liberal arts designed to avert a threatened collapse of culture and his ambition to translate into Latin everything he could find on Plato and Aristotle. Boethius has been called 'last of the Romans, first of the scholastics'. This book is the first major study in English of a writer who was of critical importance in the history of thought.

`Given the range of Chadwick's learning, the balance of his judgement, and felicity of his style, it is hard to conceive of a better general introduction appearing for some time ... a fine summary of current scholarship on Boethius.'
Classical Philology

`Professor Chadwick has written a book to be re-read, puzzled over, and quarrelled with. All would-be theologians should read it.'
Religious Studies

1. Boethius: The Consolations of Music, Logic, Theology, and Philosophy