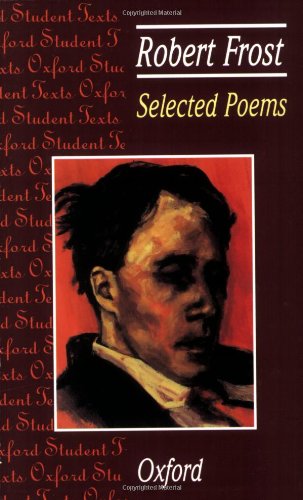 This selection of Frost's poetry contains forty poems spanning his early and mature collections including choices from A Boy's Will, North of Boston, West-Running Brook, A Further Range, and In the Clearing.

This edition has comprehensive notes on the poems and an Approaches section offering commentary and activities on key themes and techniques within the poetry, such as Frost's pastoral imagery, his friendship with Edward Thomas, and his narrative and lyric voices.

`If you don't know a student doing English A-levels, buy a copy for yourself.'
Friends of the Dymock Poets Newsletter, issue 19