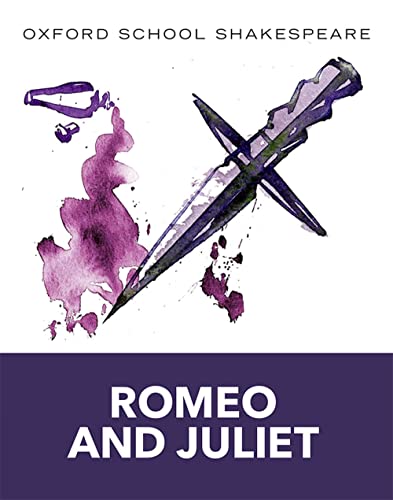 About the Series:
Newly redesigned and easier to read, each play in the Oxford School Shakespeare series includes the complete and unabridged text, detailed and clear explanations of difficult words and passages, a synopsis of the plot, summaries of individual scenes, and notes on the main characters. Also included is a wide range of questions and activities for work in class, together with the historical background to Shakespeare's England, a brief biography of Shakespeare, and a complete list of his plays.

Book Description Paperback. Condition: New. New. Language: English. Brand new Book. Oxford School Shakespeare is an acclaimed edition especially designed for students, with accessible on-page notes and explanatory illustrations, clear background information, and rigorous but accessible scholarly credentials. This edition of Romeo and Juliet includes illustrations, preliminary notes, reading lists (including websites) and classroom notes. Romeo and Juliet is a set text for KS3 in England, and remains one of the most populartexts for study by secondary students the world over.This title is suitable for all exam boards and for the most recent GCSE specifications. Seller Inventory # AAZ9780198321668