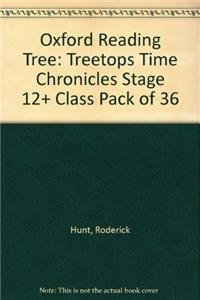 Fire in the Dark
Nadim and Neena travel back to 1666 and find themselves in the midst of the Great Fire of London! Can they foil the Virans' evil plan before history changes forever?

Making a Bolt For It
Chip, Kipper and Wilma hunt down the Virans who are trying to destroy bridges, railway engines and even human lives! Can they prevent the Virans from sabotaging the whole Industrial Revolution?

The Will of the People
Neena and Wilf face one of their hardest challenges yet in Ancient Greece. A Viran is trying to prevent the rebuilding of the Parthenon. Can the Time Runners stop him before it's too late?

The Stone of Destiny
The Time Runners battle to stop a fiendish Viran plan to steal the Scottish Stone of Destiny. If they fail, the history of Scotland could be at stake ...

Stranger at the Gates
Biff and Chip are caught up in a battle between Vikings and Saxons. King Alfred the Great wants peace, but there's a Viran who will do anything to stop him ...

The Cauldron of Darkness
It's history ... but this time it's personal! The Virans strike closer to the Time Runners than ever before in this exciting adventure set at the time of the slave trade in the Caribbean.

Author and illustrator team, Roderick Hunt and Alex Brychta, are two of the most experienced and successful reading scheme creators in the world. In 2008, Roderick Hunt received an MBE in the Queen's Birthday Honours List for services to education, particularly literacy. This was followed by
further success when Roderick and Alex won the prestigious Outstanding Achievement Award at the Education Resources Awards 2009.

Buy Used
Condition: As New
Used - Like New. Learn more about this copy

Shipping: US$ 7.82
From United Kingdom to U.S.A.
Destination, rates & speeds