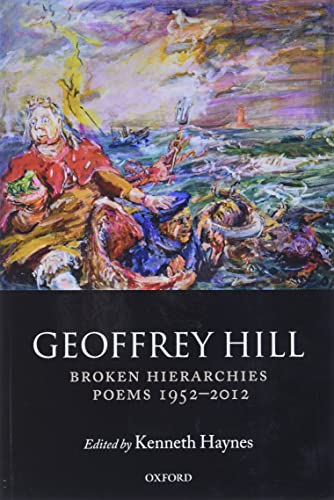 Broken Hierarchies collects twenty books of poems by Geoffrey Hill, written over sixty years, and presents them in their definitive form. Four of these books (Ludo, Expostulations on the Volcano, Liber Illustrium Virorum, and Al Tempo de' Tremuoti) have never before appeared in print, and three of them (Hymns to Our Lady of Chartres, Pindarics, and Clavics) have been greatly revised and expanded.

Geoffrey Hill, the son of a police constable, was born in Worcestershire in 1932. He was educated at Bromsgrove County High School and at Keble College, Oxford. After teaching for more than thirty years in England, first at Leeds and subsequently at Cambridge, he became Professor of Literature and Religion at Boston University in Massachusetts, where he was also founding co-director of the Editorial Institute. In 2010 he was elected Professor of Poetry at the University of Oxford.