Items related to The Fin de Siecle: A Reader in Cultural History, c.... 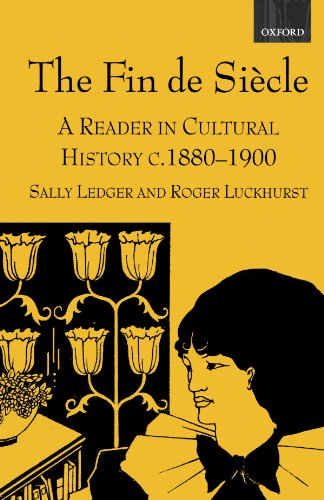 The fin-de-sičcle period-roughly the years 1880 to 1900-was characterized by great cultural and political ambivalence, an anxiety for things lost, and a longing for the new. It also included an outpouring of intellectual responses to the conflicting times from such eminent writers as T. H. Huxley, Emma Goldman, William James, H. G. Wells, George Bernard Shaw, and Oscar Wilde. In this important anthology, Ledger and Luckhurst make available to students, scholars, and general readers a large body of non-literary texts which richly configure the variegated cultural history of the fin-de-sičcle years. That history is here shown to inaugurate many enduring critical and cultural concerns, with sections on Degeneration, Outcast London, The Metropolis, The New Woman, Literary Debates, The New Imperialism, Socialism, Anarchism, Scientific Naturalism, Psychology, Psychical Research, Sexology, Anthropology, and Racial Science. Each section begins with an Introduction and closes with Editorial Notes that carefully situate individual texts within a wider cultural landscape.