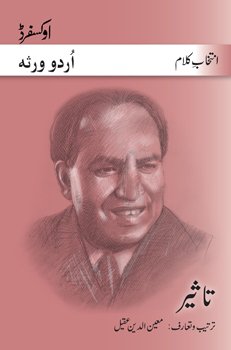 This book contains a selection of the poems of Dr Muhammad Deen Taseer. They are intensely lyrical and they crystallize the transition to an avant-garde European Style Modernism. His poems came as a fresh breath of air at a time when literary trends were changing. Taseer who had a PhD in English Literature from the University of Cambridge, also become a founding member of the Progressive Writers’ Movement, though his concerns were for more nationalist than socialist. These poems contained romantic emotions, rich verse illustrations of the Arabian Nights variety, but his most profound poems relate to the elusive nature of happiness. Taseer was one of the few poets who had undeniable merit, yet his literary accomplishments in literary criticism had overshadowed them. This selection shall enable his poetry to be judged separately from his other literary output.