Items related to Empires of Mud: Wars and Warlords in Afghanistan

Giustozzi, Antonio Empires of Mud: Wars and Warlords in Afghanistan

Empires of Mud: Wars and Warlords in Afghanistan 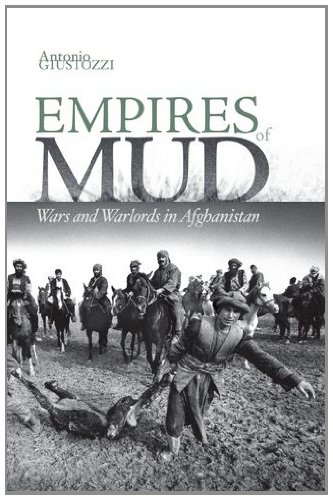 Warlords, namely charismatic military leaders who exploit the weakness of central authorities to seize control of and autonomously rule a sub-national area, have earned much notoriety in recent years on account of the excesses of civil wars in Liberia, Somalia and Afghanistan. But notwithstanding their bad reputation, warlords have often participated in state formation. In Empires of Mud, Giustozzi analyses the dynamics of warlordism in Afghanistan within the context of such debates. He approaches this complex task by first analysing aspects of the Afghan environment that might have been conductive to the fragmentation of central authority and the emergence of warlords and then accounts for the emergence of warlordism in the 1980s and subsequently the lion's share of this book consists of an in-depth analysis of the systems of rule--political, economic, military--which developed under Afghanistan's two foremost warlords, Ismail Khan and Abdul Rashid Dostum, both of whom still wield considerable power even after the intervention of Allied forces in Afghanistan in 2001. Their two systems are compared, highlighting convergences and divergences, in order to explain how warlords administer the areas that they control within so-called "failed states", in the process challenging much of the received wisdom in scholarly and policy circles about warlordism. The author also discusses Ahmad Shah Massoud, whose "system" incorporated elements of rule not dissimilar from that of the warlords. Giustozzi concludes that although charismatic leaders play a key role in shaping the specific characteristics of each warlord polity, there are some common elements that underlie the emergence of warlordism. In particular, the role of local military leaders and their gradual acquisition of a form of "class consciousness" appear to be key processes in allowing the formation of warlord polities, while the latter have repeatedly shown the ability over time to evolve in to more sophisticated, state-like, or political party-like, structures.

Antonio Giustozzi is a Research Fellow at IDEAS, London School of Economics.

The first book to provide a political sociology of warlordism in Afghanistan. In the words of Antonio Giustozzi, the purpose of this book is to understand in detail the expansion, disintegration, and operation of warlord polities. More specifically, what is warlordism? How and why did it take root in Afghanistan? What were its effects on the Afghan polity and society? How did warlordism change as a result of challenges first from the Taliban and then from international intervention in 2001? And finally, how does a fine-grained analysis of warlordism throw new light on current political and theoretical debates? This book will become required reading for those studying this phenomenon, especially the special case of Afghanistan.