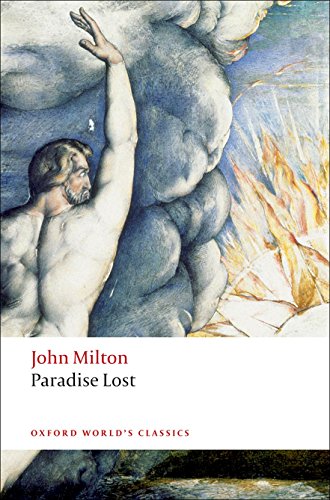 This is the first fully-annotated, old-spelling edition of Paradise Lost to be published in this century. It surveys in its introduction and incorporates in its notes the large amount of criticism published between 1965 and the present--not to mention the criticism that began with Dryden, Addison, Samuel Johnson, and William Blake--and it reflects critical perspectives from New Criticism to Deconstruction, from Philology to New Historicism and Feminism. On the page, the book combines the look and feel of original editions with the convenience of wide margins and thorough annotation.

Stephen Orgel's most recent book is Imagining Shakespeare (Palgrave Macmillan, 2003), He is the author of books on Shakespeare and Ben Jonson and has edited The Tempest and The Winter's Tale for The Oxford Shakespeare. He is the general of the New Pelican Shakespeare. Among Jonathan Goldberg's many books on early modern literature and culture are Reclaiming Sodom (Routledge, 1994) and Desiring Women Writing: English Renaissance Examples (Stanford UP, 1997).

Book Description Paperback. Condition: New. Reissue. Language: English. Brand new Book. 'Of man's first disobedience, and the fruitOf that forbidden tree, whose mortal tasteBrought death into the world.Sing heavenly muse'From almost the moment of its first publication in 1667, Paradise Lost was considered a classic. It is difficult now to appreciate both how audacious an undertaking it represents, and how astonishing its immediate and continued success was. Over the course of twelve books Milton wrote an epic poem that would 'justify the ways of God to men', a mission that required a complex drama whose source is both historical and deeply personal. The struggle for ascendancy between God and Satanis played out across hell, heaven, and earth but the consequences of the Fall are all too humanly tragic - pride, ambition, and aspiration the motivating forces. In this new edition derived from their acclaimed Oxford Authors text, Stephen Orgel and Jonathan Goldberg discuss the complexity of Milton's poemin a new introduction, and on-page notes explain its language and allusions. ABOUT THE SERIES: For over 100 years Oxford World's Classics has made available the widest range of literature from around the globe. Each affordable volume reflects Oxford's commitment to scholarship, providing the most accurate text plus a wealth of other valuable features, including expert introductions by leading authorities, helpful notes to clarify the text, up-to-date bibliographies for further study, and much more. Seller Inventory # AOP9780199535743