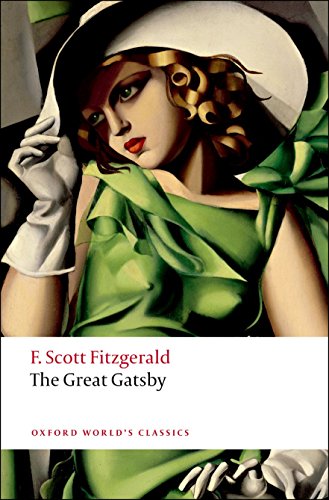 This critical edition of The Great Gatsby draws on the manuscript and surviving proofs of the novel, together with Fitzgerald's subsequent revisions to key passages to provide the first authoritative text of one of the classic works of the twentieth century.

Book Description Oxford University Press, United Kingdom, 2014. Paperback. Condition: New. New edition. Language: English. Brand new Book. "He talked a lot about the past and I gathered that he wanted to recover something, some idea of himself perhaps, that had gone into loving Daisy. His life had been confused and disordered since then, but if he could once return to a certain starting place and go over it all slowly, he could find out what that thing was . . ." The Great Gatsby (1925), F. Scott Fitzgerald's masterpiece, stands among the greatest of all American fiction. Jay Gatsby's lavish lifestyle in a mansion on Long Island's gold coast encapsulates the spirit, excitement, and violence of the era Fitzgerald named `the Jazz Age'. Impelled by his love for Daisy Buchanan, Gatsby seeks nothing less than to recapture the moment five years earlier when his best and brightest dreams - his `unutterable visions' - seemed to be incarnated in herkiss. A moving portrayal of the power of romantic imagination, as well as the pathos and courage entailed in the pusuit of an unattainable dream, The Great Gatsby is a classic fiction of hope and disillusion. This edition is fully annotated with a fine Introduction incorporating new interpretation and detailing Fitzgerald's struggle to write the novel, its critical reception and its significance for future generations. ABOUT THE SERIES: For over 100 years Oxford World's Classics has made available the widest range of literature from around the globe. Each affordable volume reflects Oxford's commitment to scholarship, providing the most accurate text plus a wealth of other valuable features, including expert introductions by leading authorities, helpful notes to clarify the text, up-to-date bibliographies for further study, and much more. Seller Inventory # AOP9780199536405

Shipping: US$ 18.70
From United Kingdom to U.S.A.
Destination, rates & speeds