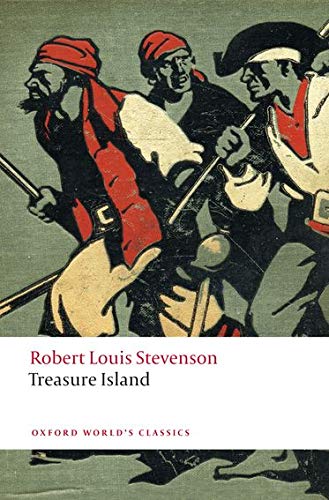 The discovery of a treasure map sets young Jim Hawkins in search of buried gold, along with a crew of buccaneers recruited by the one-legged Long John Silver. As they near their destination, and the lure of Captain Flint's treasure grows ever stronger, Jim's courage and wits are tested to the full. Robert Louis Stevenson reinvented the adventure genre with Treasure Island, a boys' story that appeals as much to adults as to children, and whose moral ambiguities turned the Victorian universe on its head. This edition celebrates the ultimate book of pirates and high adventure, and also examines how its tale of greed, murder, treachery, and evil has acquired its classic status. The book features an informative Introduction and explanatory notes by Peter Hunt, an updated bibliography, a revised chronology, and a glossary of nautical terms. Hunt includes a Note on the Text that highlights important variants between serial and volume publication and he's added additional appendices, featuring Stevenson's short fable "The Persons of the Tale" and appendix of comparative episodes from Stevenson's sources.

Climb aboard for the swashbuckling adventure of a lifetime. Treasure Islandhas enthralled (and caused slight seasickness) for decades. The names Long John Silver and Jim Hawkins are destined to remain pieces of folklore for as long as children want to read Robert Louis Stevenson's most famous book. With it's dastardly plot and motley crew of rogues and villains, it seems unlikely that children will ever say no to this timeless classic. --Naomi Gesinger

Book Description Condition: New. 2nd. The discovery of a treasure map sets young Jim Hawkins in search of buried gold, along with a crew of buccaneers recruited by the one-legged Long John Silver. As they near their destination, and the .Shipping may be from multiple locations in the US or from the UK, depending on stock availability. 272 pages. 0.190. Seller Inventory # 9780199560356

Shipping: US$ 15.09
From United Kingdom to U.S.A.
Destination, rates & speeds