Items related to Tarzan of the Apes (Oxford World's Classics) 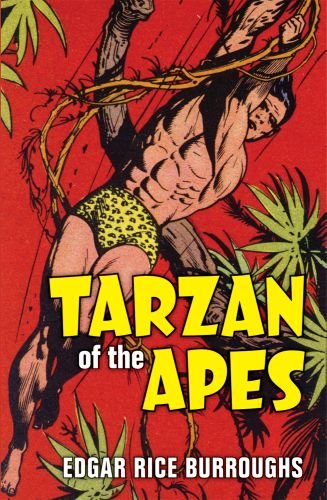 Tarzan first came swinging through the jungle in the pages of a pulp-fiction magazine in 1912, and subsequently in the novel that went on to spawn numerous film and other adaptations. In its pages we find Tarzan's origins: how he is orphaned after his parents are marooned and killed on the coast of West Africa, and is adopted by an ape-mother. He grows up to become a model of physical strength and natural prowess, and eventually leader of his tribe. When he encounters a group of white Europeans, and rescues Jane Porter from a marauding ape, he finds love, and must choose between the values of the jungle and civilization. The Tarzan of popular imagination bears only limited resemblance to Edgar Rice Burroughs's creation, and the complex backdrop of colonial appropriation, literary heritage, and nostalgic yearning from which he emerged. This new edition considers these contexts, as well as the enduring appeal of the King of the Apes.

This book is a large print version using a minimum of 16 point type in a 6 by 9 inch size and perfect bound - a paperback. As with all Quiet Vision print books, it use a high grade, acid free paper for long life.

Book Description Oxford Worlds Classics. Hardcover. Condition: Very Good. A copy that has been read, but remains in excellent condition. Pages are intact and are not marred by notes or highlighting, but may contain a neat previous owner name. The spine remains undamaged. At ThriftBooks, our motto is: Read More, Spend Less. Seller Inventory # G0199587035I4N00

2. Tarzan of the Apes

Book Description OUP Oxford, 2010. Condition: Poor. This is an ex-library book and may have the usual library/used-book markings inside.This book has hardback covers. In poor condition, suitable as a reading copy. Dust Jacket in fair condition. Please note the Image in this listing is a stock photo and may not match the covers of the actual item,400grams, ISBN:9780199587032. Seller Inventory # 7025307

3. Tarzan of the Apes (Hardback)