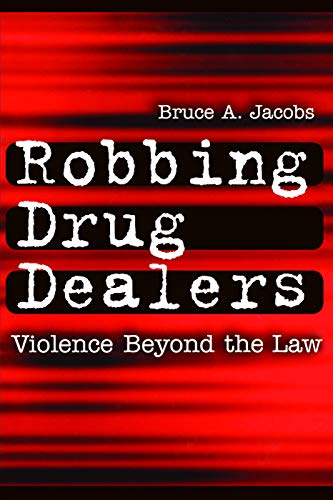 This volume fills a research gap of striking proportions by exploring the contingencies that mediate the crimes perpetrated on those who are themselves perpetrators. The notion that violence is something that happens only to law-abiding citizens is both widely held and inaccurate. The disproportionate share of victims of crime are, in reality, themselves involved in crime. Yet existing scholarship has failed to explore the contingencies that mediate offenses like drug robbery—from the forces that inspire it, to the methods used to select targets, to the means employed to generate compliance, down to the tactics used to thwart retaliatory attempts after the crime has ended.

Given that predatory behavior between and among offenders ultimately spreads to society at large (the "contagion effect"), a research gap of striking proportions has emerged. The imprudence of robbing other criminals is widely assumed. Yet criminologists paradoxically observe that a major benefit of robbing fellow criminals is that they cannot report the offense to the authorities. Why, then, should offenders elect to reduce their odds of getting arrested at the cost of enhancing their chances of getting killed?

Drawing on candid interviews with the perpetrators, Jacobs attempts to answer such questions and fill this gap in the research agenda of criminology. The result is a narrative that explores the world of street-corner drugs from the vantage point of those who actually commit these high-risk crimes. It also introduces serious ethical issues that criminology and law enforcement tend to gloss over or ignore entirely. This work is innovative and troubling at the same time. It takes a theme that Hollywood films have explored in greater depth than social science, and restores it as a crucial part of the ethnography of crime.

Bruce A. Jacobs is associate professor of criminology and fellow, Center for Metropolitan Studies, University of Missouri, St Louis. He is author of Dealing Crack: The Social World of Streetcorner Selling.

“Robbing Drug Dealers... fills a gap in the study of street robberies—the context and interactions inherent in robbing drug dealers. It shatters many notions of conventional wisdom related to the underworld of drugs and crime. It challenges us to ask unconventional questions and to search for answers.”

2. ROBBING DRUG DEALERS-VIOLENCE BEYOND THE LAW