Items related to Essentials of American Government: Roots and Reform,... 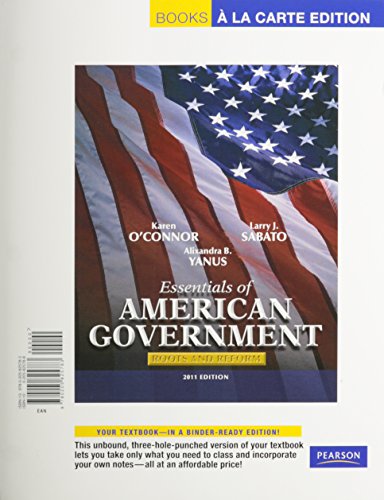 Books à la Carte are unbound, three-hole-punch versions of the textbook. This lower cost option is easy to transport and comes with same access code or media that would be packaged with the bound book.

Updated in a new 10th edition, Essentials of American Government provides the historical context students need to understand our government and the most crucial and controversial issues affecting the nation in the 21st century. This bestselling book has been extensively revised to provide in-depth coverage of President Barack Obama’s first two years in office and the 111th Congress, the 2010 congressional elections, continued concerns related to the wars in Iraq and Afghanistan, and domestic concerns related to health care reform and the economy.