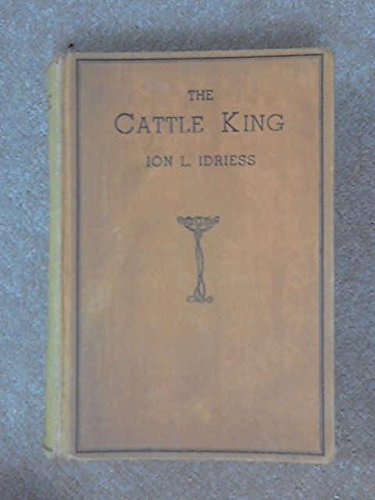 At the age of 13 Sidney Kidman ran away from home with only five shillings in his pocket. He went on to become a horse dealer, drover, cattle buyer and bush jockey and he also ran a coach business. Above all, Kidman created a mighty cattle empire of more than a hundred stations, fighting droughts, bushfires, floods and plagues of vermin to do so. His enterprise and courage won him a huge fortune and made him a legend.

Ion Llewellyn Idriess, who won the Order of the British Empire was a prolific and influential Australian author. He wrote over 50 books between 1927 to 1969.

Book Description TBS The Book Service Ltd 1980-01-01, 1980. Hardcover. Condition: Good. No Jacket. Item is in good condition. Some moderate creases and wear. This item may not come with CDs or additional parts including access codes for textbooks. This may not have a dust jacket. Might be an ex-library copy and contain writing/highlighting. Photos are stock pictures and not of the actual item. Seller Inventory # DS-0207136556-3