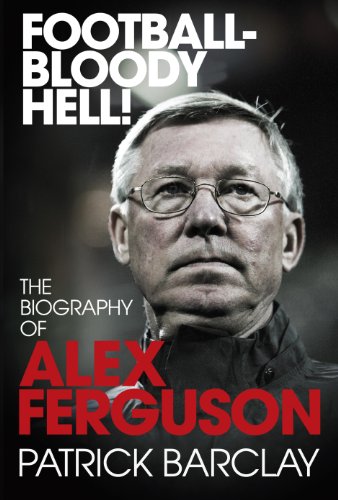 A warts-and-all assessment of the game's biggest living legend as he approaches retirement, written with unprecedented access to fellow managers, former players, colleagues, and commentators From his combative working class youth in Govan to his role in ushering in the debt-laden Glazer era, Patrick Barclay has spoken to all those who know Alex Ferguson best, revealing him to be a relentless character whose ability to intimidate, control, cajole, and encourage has driven his unparalleled success. Sir Alex Ferguson is without doubt the most controversial and compelling figure in football today, ranking for many as the greatest manager of all time, and certainly the most successful. His reign at Manchester United has seen him win every major footballing honor, and then win them again. It's been more than 10 years since the unforgettable night in Barcelona when Ferguson's embattled players triumphed over Bayern Munich in the dying seconds of the Champions League final. Since then Ferguson has presided over the rise and fall and rise again of José Mourinho, the arrival and departure of the world's best player, Ronaldo, the removal of one English talisman—Beckham—and the irresistible installment of another—Rooney. He has been instrumental in making the Premier League the most successful competition in football, and he has endured while the mountains of cash have turned to valleys of debt. It is only now, as Ferguson nears the end of his career, that conclusions can be drawn about this fascinating man—here is the inside story.

"Wonderful . . . captures the contradictions and battery-acid sourness of this complex personality just as eloquently as it elucidates his genius."  —Irish Independent

"Thoroughness of research, richness of detail and proper celebration of achievement are never allowed to occlude the author's unsentimental view of his compatriot."  —Guardian