Items related to Facts on the Ground: Archaeological Practice and Territorial...

Facts on the Ground: Archaeological Practice and Territorial Self-Fashioning in Israeli Society 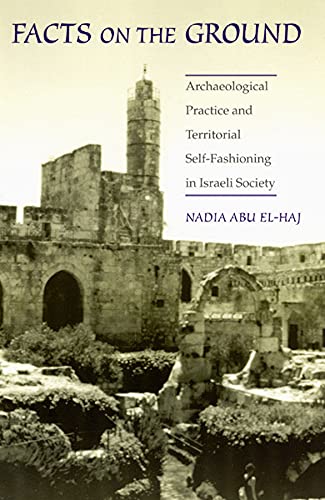 Archaeology in Israel is truly a national obsession, a practice through which national identity—and national rights—have long been asserted. But how and why did archaeology emerge as such a pervasive force there? How can the practices of archaeology help answer those questions? In this stirring book, Nadia Abu El-Haj addresses these questions and specifies for the first time the relationship between national ideology, colonial settlement, and the production of historical knowledge. She analyzes particular instances of history, artifacts, and landscapes in the making to show how archaeology helped not only to legitimize cultural and political visions but, far more powerfully, to reshape them. Moreover, she places Israeli archaeology in the context of the broader discipline to determine what unites the field across its disparate local traditions and locations.

Boldly uncovering an Israel in which science and politics are mutually constituted, this book shows the ongoing role that archaeology plays in defining the past, present, and future of Palestine and Israel.

In this incisive book, Nadia Abu El-Haj demonstrates the role that archaeology has played in Israeli society, examining how it emerged as a pervasive force that has shaped the region's social and political imaginations and has inspired violently contested territorial and national-cultural struggles. Based on archival research and ethnographic work among archaeologists, tour guides, and politicians, she presents the first critical account of Israeli archaeological practice while tracing the dynamic relationships among science, colonization, nation-state building, and territorial expansion.

Nadia Abu El-Haj is an assistant professor in the Department of Anthropology at the University of Chicago.

1. FACTS ON THE GROUND