Anderson, Elijah A Place on the Corner (Studies in Urban Society)

A Place on the Corner (Studies in Urban Society) 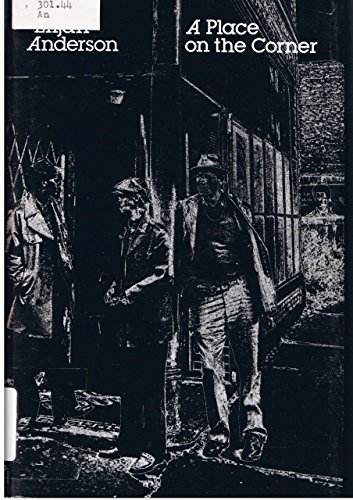 "Anderson's mix of the language of sociology and the more colorful street idiom makes a complex social phenomenon accessible to a broad audience. . . . An important work."â€”Gerald Lee Dillingham, Contemporary Sociology

This paperback edition of A Place on the Corner marks the twenty-fifth anniversary of Elijah Anderson's sociological classic, a study of street corner life at a local barroom/liquor store located in the ghetto on Chicago's South Side. Anderson returned night after night, month after month, to gain a deeper understanding of the people he met, vividly depicting how they created - and recreated - their local stratification system. In addition, Anderson introduces key sociological concepts, including "the extended primary group" and "being down." The new preface and appendix in this edition expand on Anderson's original work, telling the intriguing story of how he went about his field work among the men who frequented Jelly's corner.

Elijah Anderson is the Charles and William L. Day Distinguished Professor of the Social Sciences, professor of sociology, and director of the Philadelphia ethnography project at the University of Pennsylvania. He is the author of Code of the Street and Streetwise: Race, Class, and Change in an Urban Community, the latter published by the University of Chicago Press.

1. A Place on the Corner (Studies in Urban Society)