Wu, Ch'Eng-En The Journey to the West (English and Chinese Edition)

The Journey to the West (English and Chinese Edition) 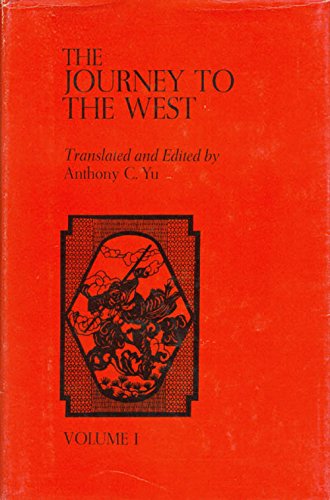 Wu Cheng'en (c. 1500-c. 1582) bore the style Ruzhong and the pen name Sheyang Hermit. According to Records of Huai'an Compiled during the Tianqi reign period of the Ming Dynasty, Wu Chen'en was "lively and clever, erudite and an accomplished writer".

W.J.F (Bill) Jenner, born in 1940, is an English student of Chinese history and culture. His secondary education was mainly in the Greek and Latin classics. He began the study of Chinese at Oxford in 1958, where he graduated in Oriental Studies in 1962. He earned his Oxford D Phil for a thesis on the history of the great city of Luoyang in the 5th-6th centruy AD.

From 1963 to 1965 he was a translator at the Foreign Languages Press, for which he translated From Emperor to Citizen (volume 1, 1964; volume 2, 1965; laterreprints in two-volume and single-volume form, including one from Oxford University Press), the ghosted autobiography of Aisin-Gioro Pu Yi, the last emperor of China. He also began his translation of Journey to the West at that time. From 1979 to 1985 he returned to the FLP most summers to complete Journey to the West and to do other translations for the Press and its sister organization Panda Books.They included Lu Xun: Selected Poems, a bilingual edition with introduction and notes published by the FLP in 1982 and Miss Sophie's Diary and Other Stories by Ding Ling (Panda Books, 1985).

His other books include Modern Chinese Stories, edited and translated with Gladys Yang (London: Oxford Univeristy Press, 1970); Memories of Loyang; Yang Hsuan-chih and the lost capital, 493-534 (Oxford: Clarendon Press, 1981); and The Tyranny of History: the Roots of China's Crisis (London; Allen Lane, The Penguin Press, 1992; Penguin paperback with corrections and afterword, 1994).

In recent years his main project has been a major new two-volume history of China from the Neolithic the present for Penjuin Books.

He has two daughters and a son.

The Journey to the West

The Journey to the West. Volume One

The Journey to the West. Volume One

The Journey to the West, Volume 1

Book Description Hardcover. Condition: Very Good. Dust Jacket Condition: Very Good Plus. 1st Edition. VG (slight cocking - would otherwise be NF) / VG+. Numbering sequence denotes 1st Printing of the 1977 Chicago 1st Edition thus, Volume 1 only of the 4-volume set of a celebrated translation of this work, translated and edited by Arthur C. Yu. Book is securely and evenly bound and, other than aforementioned mild cocking, free of markings and other blemishes. Cover is clean and bright, with sharp joints and upper corners, lightly bumped bottom corners, straight headcap, tail, spine, hinges and edges, boldly legible lettering and crisply lettering, design and embossed artwork. Dust Jacket is unclipped and encased in protective mylar, with some overall very light soiling or rubbing and some very mild bumping to the corners. (See Seller images.) ISBN 0226971457. ShiroBooks, independent bookseller, takes pride in accurate descriptions, careful wrapping and safe shipping. ADDITIONAL CHARGE (DUE TO APPROX 2.75# SHIPPING WEIGHT) WILL APPLY IF SHIPPED OUTSIDE CONTINENTAL US; CONTACT SHIROBOOKS PRIOR TO ORDERING or for more information, details or photos. Seller Inventory # 005000

The Journey to the West - Four volumes