Items related to Lizzie: A Novel 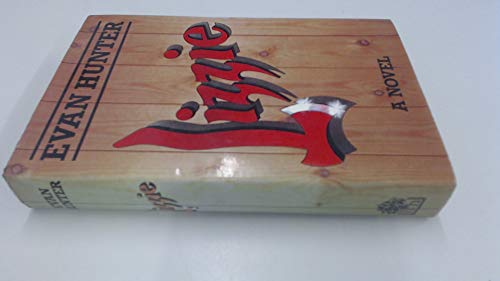 Physical description: 430p. ; 24cm. Summary: A brilliant reconstruction of a crime which baffled experts for nearly a century. Though Hunter has written it as a fiction, much of of it is rooted firmly in fact. The inquest and trial are reported in detail from the court records. His account of the trial is gripping and his conjectural explanation of the double killing may well be true. It certainly carries conviction. Subject: Borden, Lizzie 1860-1927 - Fiction. Parricide - United States - Fiction. Fiction in English - American writers - 1945 - Texts. Genre: Fiction.

In re-creating the events of August 4, 1892, that fateful day in Fall River, Massachusetts, and the extraordinary circumstances that led up to them, Evan Hunter spins a breathtakingly imaginative tale of an enigmatic spinster whose secret life would eventually force her to the ultimate confrontation with her stepmother and father.

Here is Lizzie Borden freed of history and legend—a full-bodied woman of hot blood and passion, fighting against her prim New England upbringing, surrendering to the late-Victorian hedonism of London, Paris, and the Riviera, yet fated to live out her meager life in a placid Massachusetts town.

Seething with frustration and rage, a prisoner of her appetites, Lizzie Borden finally snapped . . . but how and why she was led into her uncompromising acts is at the heart of this enthralling, suspenseful work of the imagination.

Alternating scenes from the actual inquest and trial with an account of her head-spinning, seductive trip to Europe, Evan Hunter portrays the agony of a passionate woman and the depths of her murdering heart.

Evan Hunter’s writing career spanned more than five decades, from his first novel, The Blackboard Jungle, in 1954, to the screenplay for Alfred Hitchcock’s The Birds, to Candyland, written in tandem with his alter ego, Ed McBain, to his last novel, Fiddlers. He was the first American ever to receive the Diamond Dagger, the British Crime Writers Association’s highest award. He also held the Mystery Writers of America’s prestigious Grand Master Award. The author of more than 130 novels and story collections, he died in 2005.

Book Description Hamish Hamilton, London, 1984. Hardcover. Condition: Good+. Dust Jacket Condition: Very Good. First British Edition. Ex library copy with usual stamps and marks inside, some shelf wear, paper starting to tone. ; Brown cloth boards with gilt lettering to spine, nice tight copy, jacket protected in clear plastic library sleeve. ; B&W Illustrations; 430 pages; Lizzie Borden has gone down in history as one of the most famous parricides, yet she was found not guilty by the court. Better known under his Ed McBain pen name and for his 87th Precinct series, this is Evan Hunter's version of the famous Lizzie Borden case, the murders of her parents, and her subsequent trial. Ex-Lib. Seller Inventory # 6613