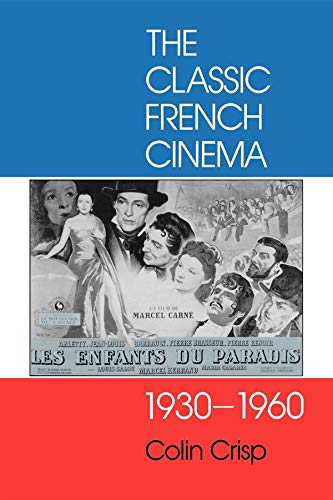 We can usually expect something fresh and different to emerge from Australia, and this study is no exception." ―American Cinematographer

From 1930 to 1960, France produced some of the most famous films ever made, such as Jean Vigo’s Zéro de conduite and Jean Cocteau’s Orphée. Here Colin Crisp investigates this critical period and details the extraordinary ingenuity of French filmmakers, who worked under economic and technological constraints that affected both the production and the consumption of films.

In the years 1930-1960, the French film industry made the transition to sound, fell under the administration of the Nazis, flourished after the war, and paved the way for the French "New Wave." And though major filmmakers like Jean Renoir, Jean Cocteau, Robert Bresson, Henri-Georges Clouzot, and Jean-Pierre Melville flourished in this period, few books have been written about their industry as a whole. Colin Crisp discusses the business of making films in this period, covering all aspects of film production and distribution in his deeply researched and wonderfully detailed account.

In 'The Classic French Cinema, 1930-1960, ' Colin Crisp investigates the critical period from the introduction of sound to the beginning of the New Wave. He details the extraordinary ingenuity of French film-makers who worked under economic and technological constraints that affected both the production and the consumption of films.