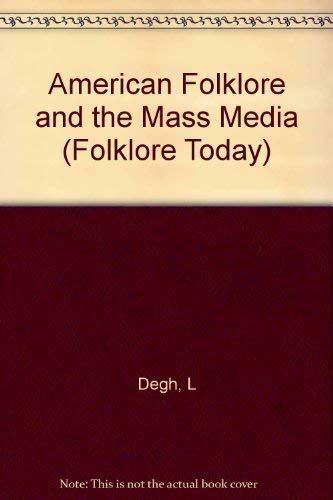 This book shows how folklore―magic, miracles, and tales of enchanted princesses and genial giants―is still alive and well in the modern mass media.... contains a wealth of facts and observations with which to conjure." ―Journal of Communication

Dégh brings her decades of expertise in folk narrative to bear in this well-researched, provocative study of the interrelationship between traditional processes of folk narrative performances and modern mass media.... Highly recommended... " ―Choice

Spanning folk cultural developments as old as feudalism and as new as today’s TV ad, American Folklore and the Mass Media demonstrates how vital folklore remains, how often it absorbs―rather than being absorbed by―the most dramatic technological innovations and social realignments." ―Carl Lindahl

As we will demonstrate in this discussion, the phenomenon we identity as folklore permeates all society assisted by mass media; it is not ruled out as folklore simply because its bearers manipulate new instruments to fit the needs of modern consumers.

1. American Folklore and the Mass Media

Book Description Indiana University Press 1994-02-01, 1994. Hardcover. Condition: Very Good. Item is in very good condition. If supplemental codes/CDs for textbooks are required please contact us prior to purchasing as they may be missing. Seller Inventory # DS-0253316774-2