Items related to The Northern Railroads in the Civil War, 1861-1865 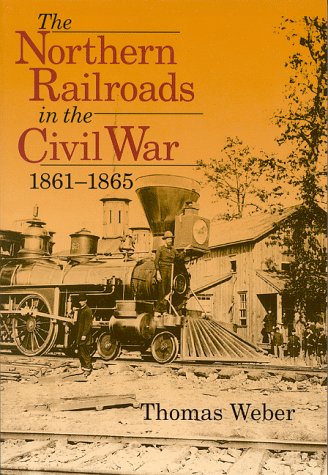 " . . . eminently worthy of study by those interested in either railroads or the Civil War." --The New York Times Book Review

Time has been very good to Thomas Weber's premier account of the impact of the railroads on the American Civil War and vice versa. Although it has been out of print since the 1970s, it has never been out of demand. Weber's analysis shows not only how the North was helped to victory through its effective use of the rails, but also how the war changed the way railroads were built, run and financed in the years after the war.

Mr Weber's book is a thorough and solidly documented work.

Thomas Weber's The Northern Railroads in the Civil War, 1861-1865 was first published by Columbia University Press in 1952. Out of print since the 1970s, it has never been out of demand. It has emerged as the premier account of the impact of the Northern railroads on the American Civil War and the corresponding impact of the war on railroad administration and construction. Not only were the railroads essential to the North's victory, facilitating the movement of troops and materiel, but the war changed the way railroads would be built, run, financed, and organized in the crucial postwar years.

Book Description Indiana Univ Pr, 1999. Condition: Good. Former Library book. Shows some signs of wear, and may have some markings on the inside. Seller Inventory # GRP113549694