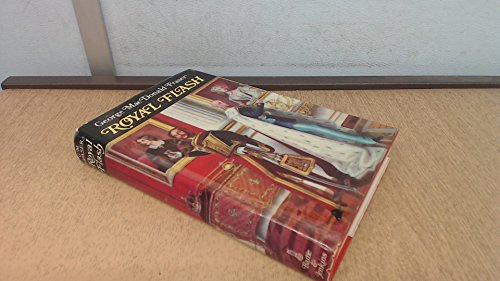 In Volume II of the Flashman Papers, Flashman tangles with femme fatale Lola Montez and the dastardly Otto Von Bismarck in a battle of wits which will decide the destiny of a continent. Did Flashman's adventures in the Duchy of Strackenz provide the inspiration for The Prisoner of Zenda? The similarities are certainly there as Flash Harry becomes embroiled in a desperate succession of escapes, disguises, amours and (when unavoidable) hand-to-hand combats in an epic adventure that takes him from the gaming-halls of London to the dungeons and throne-rooms of Europe. And for once Flashman's talents for deceit and treachery are matched by those of Otto von Bismarck and the beautiful but deadly Lola Montez.

The author of the famous 'Flashman Papers' and the 'Private McAuslan' stories, George MacDonald Fraser has worked on newspapers in Britain and Canada. In addition to his novels he has also written numeous films, most notably 'The Three Musketeers', 'The Four Musketeers', and the James Bond film, 'Octopussy'. George Macdonald Fraser died in January 2008 at the age of 82.

'Sparkling one-liners adorn every chapter...It is the verve of the story-telling, together with the verbal inventiveness, that lingers in the memory' Sunday Telegraph