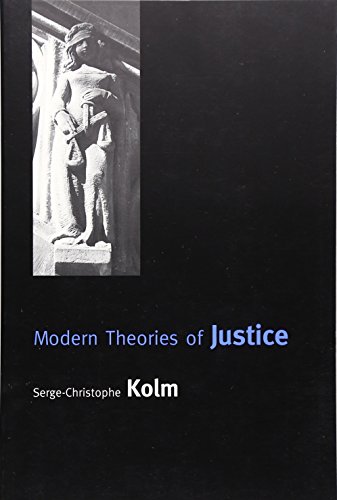 This first book in English by Serge-Christophe Kolm provides an overview of his far-reaching vision of distributive justice. Kolm derives justice from considerations of rationality. Justice cannot be defined by one all-encompassing principle or set of a few principles. It has the general form of an equality of individuals' liberties in a broad sense, with different applications and specific adjustments when several liberties conflict or when everybody prefers another outcome.Kolm describes the theory of justice and presents and evaluates each of the various modern theories, principles, or criteria of justice. He shows how some complement each other, how some are unworkable, and how some could be rescued. The result is an intensive introduction to the general theory of justice for economists and noneconomists alike.

Serge-Christophe Kolm is Professor and Director at the Institute for Advanced Studies in the Social Sciences, Paris. He is the author of thirty books and several hundred scientific articles in economics and other branches of social science.

A stimulating contribution to the literature.