Items related to Abstract Film and Beyond

LeGrice, Malcolm Abstract Film and Beyond

Abstract Film and Beyond 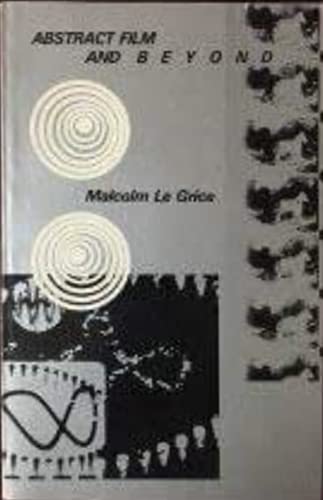 "Malcolm Le Grice, an important experimental filmmaker from England, film journalist for Studio International, and teacher ... gives us a lucid account, both historical and theoretical, of the main preoccupations of abstract filmmakers....

"Le Grice begins with a painter, Cezanne, to show how his preoccupation with pictorial space is a key to any understanding of the notion of abstraction. He goes on to discuss the Futurists' cinema, the early abstract film experiments by Eggeling, Duchamp and others in Germany and France of the '20s, the West Coast filmmakers of the '40s, and a stimulating view of the experimental film movement after WW II, including the works of Brakhage, Snow, Gidal and Sharits."
- Art Direction

"Whether or not one agrees with Le Grice's valuation of an alternate cinema, Abstract Film and Beyond clearly demonstrates that the cinema, that great twentieth-century art, is no mere entertainment, but an event of tremendous importance and implication."
- The Journal of Aesthetics and Art Criticism

1. Abstract Film and Beyond

2. Abstract Film and Beyond

3. Abstract Film and Beyond

Book Description The MIT Press, 1982. Condition: Good. A+ Customer service! Satisfaction Guaranteed! Book is in Used-Good condition. Pages and cover are clean and intact. Used items may not include supplementary materials such as CDs or access codes. May show signs of minor shelf wear and contain limited notes and highlighting. Seller Inventory # 0262620383-2-4