Items related to The Microwave Debate 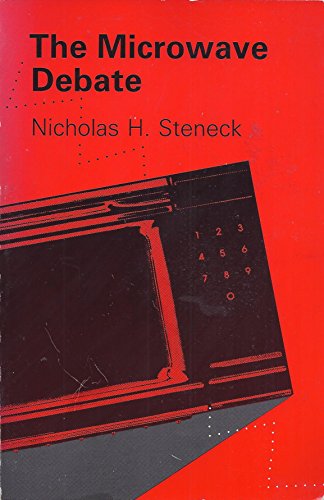 In recent years, as the sources of microwave and radiofrequency radiation have proliferated, there have been recurrent suggestions that exposure to such radiation can cause harmful physical effects. Antennas, powerlines, ovens, color TVs, VDTs, radar, and the RF sealers used in many industries all pose threats—or do they?

This book presents the first balanced and well-documented analysis of the microwave debate. It begins in the 1930s, when scientific research concentrated on the therapeutic, thermal aspects of radiofrequency radiation, and covers first the mainly military interest in the debate about athermal effects through the 1960s, and then the years of public controversy when environmental and consumer activists joined the fray. Recent aspects of the story such as the political fallout of a "leaky" television set, the still-unexplained irradiation of the U.S. Embassy in Moscow, and the continuing controversies about the siting of satellite communication antennas are all examined.

In pursuing this multifaceted story to its current unresolved state, Steneck explores in detail the parts played by government, scientists, the mass media, the courts, and the public. His analysis exposes the underlying interplay of science and values that has governed the evolution of the debate over microwave radiation. Unless we confront these value issues directly, he argues, we will never be able to create generally acceptable approaches to exploring questions of public concern that involve science and technology.

About the Author:
Nicholas H. Steneck is Professor of History and Director of the Collegiate Institute for Values and Science at the University of Michigan.
Review:
"The Microwave Debate is an excellent case study of the difficulties involved in identifying, evaluating, and managing a technological hazard. At the same time, it is also a good study of science in its social context, for it clearly indicates how changing social and political conditions strongly influenced the direction of microwave bioeffects research."
—ISIS