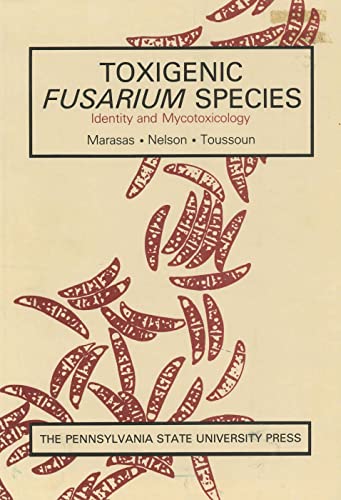 The taxonomy of fungi in the genus Fusarium is complex and confusing because of the different taxonomic systems in use in various parts of the world. Taxonomy of the genus is further complicated by its extreme variability in culture and by the fact that Fusarium species mutate and degenerate rapidly in culture. This situation has led to great confusion in the extensive literature on Fusarium mycotoxicoses because the same fungus is known under a variety of different names in different countries.

This book, a comparative taxonomic study of Fusarium species reported to be toxigenic in published findings, represents the first serious attempt to clarify the confusion in the taxonomy and nomenclature of toxigenic Fusarium species. It is a catalog of the isolates in the International Toxigenic Fusarium Reference Collection, which is made up of isolates collected from research workers around the world. Information on each isolate includes the correct identification, references to publications in which the isolate is cited, and information on the toxic properties of and mycotoxins reported to be produced by each isolate. The nomenclature used follows the system given in Fusarium Species: An Illustrated Manual for Identification. These two volumes will be useful to anyone interested in the mycotoxins produced by Fusarium species.

W.F.O. Marasas is a University of Wisconsin PhD, currently at the National Research Institute for Nutritional Diseases, South Africa.

P.E. Nelson and T.A. Toussoun are Professors of Plant Pathology and codirectors of the Fusarium Research Center at The Pennsylvania State University. Both took their PhD's at the University of California, Berkeley.