Lowden, John Illuminated Prophet Books: A Study of Byzantine Manuscripts of the Major and Minor Prophets

Illuminated Prophet Books: A Study of Byzantine Manuscripts of the Major and Minor Prophets 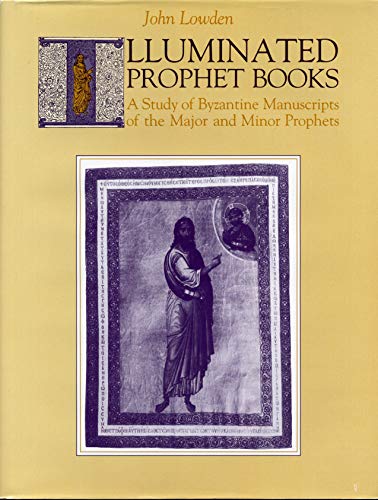 The book takes as its starting point a small group of illuminated manuscripts made in Byzantium in the tenth to thirteenth centuries. These are fully illustrated here for the first time, and described in detail. This material provides the opportunity to discuss fundamental questions about the way all artist of this period worked and were trained, and what their intentions and expectations were.

The study moves from a brief theoretical introduction, explaining the choice of material, to a preliminary overview of the group. Each manuscript is then discussed in detail, in an attempt to show how and why it has come to look the way it does. Analysis then proceeds in an ever-widening spiral, moving from the individual manuscripts, to the relationship within the group, to possible connections with art from the West to the Christian Orient, from the Early Christian period to the fourteenth century, and, finally, to the possibility of lost material unlike that which survives. This broad survey raises crucial questions about how artists knew what to paint and how we should approach the material left for study. The answers proposed here, in emphasizing the importance of an artist's workshop training, the evidence for artistic originality, and the necessity to build hypotheses on the basis of surviving material, represent an approach to manuscripts which can be broadly applied.

The originality of the artist and the uniqueness of the work of art (concepts often assumed to be unimportant before the Renaissance) are revealed here, not merely in the manuscripts of the group but throughout the Byzantine world and beyond its frontiers.

John Lowden is a University lecturer, Courtauld Institute of Art, University of London. He has published various articles in specialist journals such as Dumbarton Oaks Papers and Jahrbuch der Öesterreichischen Byzantinistik.

1. Illuminated Prophet Books: A Study of Byzantine Manuscripts of the Major and Minor Prophets Lowden, John

2. Illuminated Prophet Books: A Study of Byzantine Manuscripts of the Major and Minor Prophets Lowden, John