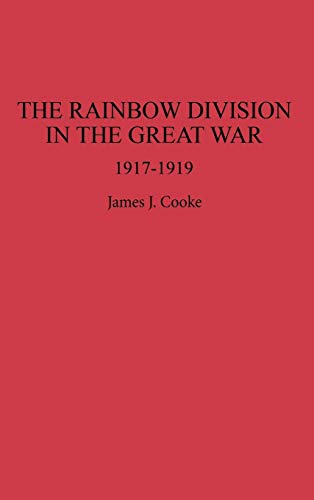 The Rainbow Division (42nd Infantry Division) was the premier National Guard division to fight on the Western Front in the Great War. Made up of units from 26 states and the District of Columbia, the Rainbow was a unique attempt to combine units from every section of the nation and to get them to France as quickly as possible. The Rainbow arrived in France in December 1917, and served in every major battle the AEF (American Expeditionary Force) participated in. After the end of the war in November 1918, the Rainbow was selected to serve in the Army of Occupation, remaining in Germany until the spring of 1919. The division counted in its leadership Douglas MacArthur, William J. Wild Bill Donovan (later known for his service as the head of the OSS in World War II and for founding the CIA), soldier-poet Joyce Kilmer, Father Francis P. Duffy, plus future secretaries of the Army and the Air Force and two who would become Army Chiefs of Staff. George S. Patton's tanks supported The Rainbow Division during the St. Mihiel operations, the first time the legendary Patton planned for the use of tanks on the battlefield.

This book on The Rainbow Division focuses on the World War I careers of Douglas MacArther, W.J. Wild Bill Donovan (founder of the OSS & CIA), and George S. Patton.

6. RAINBOW DIVISION IN THE GREAT WAR,

7. RAINBOW DIVISION IN THE GREAT WAR,