Items related to Civil Military Operations in the New World 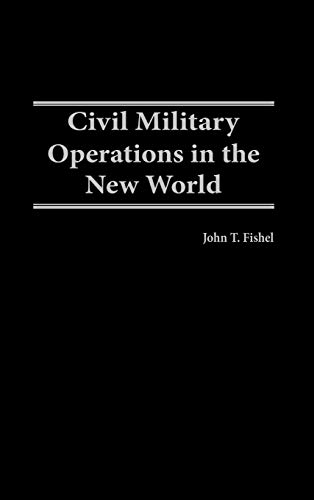 A study of civil military operations from World War II to the present.

JOHN T. FISHEL is Professor of National Security Affairs at the U.S. Army Command and General Staff College at Fort Leavenworth, Kansas. While serving on active duty as a Lieutenant Colonel he was the principal planner for post-conflict operations in Panama and was Chief of Policy and Strategy for the Commander-in-Chief, United States Southern Command.

4. CIVIL MILITARY OPERATIONS IN THE NE

5. CIVIL MILITARY OPERATIONS IN THE NE