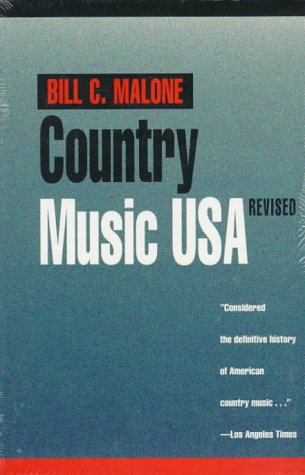 "For almost two decades, Bill Malone's Country Music, U.S.A. has stood as the book in its field; this new edition secures that position. Scholars, music lovers, and general readers will all find it rewarding, whether for the first or second time." --Journal of the West

Immersed in country music since his birth, BILL C. MALONE has been both a scholar and a performer of the music for several decades. On the fortieth anniversary of the publication of Country Music, U.S.A. in 2008, he received a Lifetime Achievement Award from the Society for American Music. His other books include Don’t Get Above Your Raisin’: Country Music and the Southern Working Class, Singing Cowboys and Musical Mountaineers: Southern Culture and the Roots of Country Music, and Southern Music: American Music.

"Country Music, U.S.A. is the definitive history of country music and of the artists who shaped its fascinating worlds... Malone shows the reader why country music touches the hearts of its music fans throughout the world and is truly a national treasure." -- William Ferris, University of North Carolina at Chapel Hill, Former Chairman of the National Endowment for the Humanities and Coeditor of the Encyclopedia of Southern Culture