Items related to The Mustangs 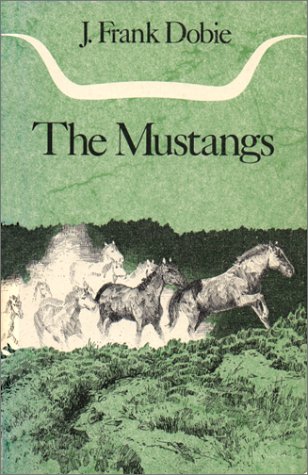 J. Frank Dobie's history of the "mustang" - from the Spanish mestena, an animal belonging to (but strayed from) the Mesta, a medieval association of Spanish farmers - tells of its impact on the Spanish, English, and Native cultures of the West.

J. Frank Dobie is the founder of the Institute of Range and the American Mustang, which creates sanctuaries for wild horses in South Dakota.

"Mr. Dobie brings together all his findings in a single book of solid scholarship, documented to the hilt, and inspired by his unflagging enthusiasm for the wild free creatures of the West. The Mustangs will probably remain the standard work on the subject."—New York Times (New York Times)