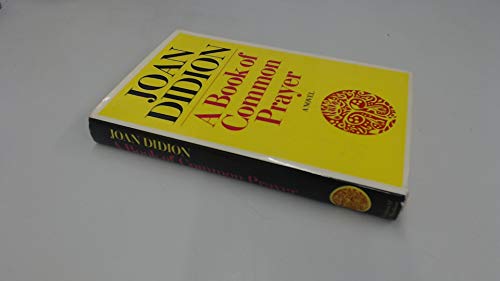 Writing with the telegraphic swiftness and microscopic sensitivity that have made her one of our most distinguished journalists, Joan Didion creates a shimmering novel of innocence and evil.

A Book of Common Prayer is the story of two American women in the derelict Central American nation of Boca Grande. Grace Strasser-Mendana controls much of the country's wealth and knows virtually all of its secrets; Charlotte Douglas knows far too little. "Immaculate of history, innocent of politics," she has come to Boca Grande vaguely and vainly hoping to be reunited with her fugitive daughter. As imagined by Didion, her fate is at once utterly particular and fearfully emblematic of an age of conscienceless authority and unfathomable violence.

Joan Didion's many books include The Year of Magical Thinking, for which she received the National Book Award. She lives in New York City.