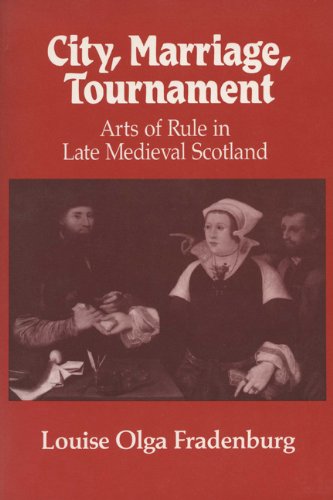 How was statecraft performed five centuries ago? Louise Fradenburg explores the evolution of arts of rule in Scotland under the reigns of James III and James IV, revealing the broad spectacle of a late medieval court on the brink of the Renaissance. "City" traces Edinburgh's emergence as a sovereign site of national politics under James III. "Marriage" centres on the 1503 wedding of James IV to Margaret Tudor. Fradenburg also analyzes the real and symbolic roles of queenship in a sovereign's search for the love of his or her subjects. "Tournament" focuses on James IV's 1507 tournament of the wild knight and the black lady, showing how acts of honour, valour, daring, and violence were used by medieval kings and queens to raise themselves to models of chivalric ideals. Reading a culture as text, Fradenburg analyzes a rich array of texts and events, combining them with sophisticated theoretical insights provided by literary, historical, psychoanalytic, feminist and anthropological scholarship.

Book Description Condition: New. Our Ranking is Your Confidence! This is a brand new book! Fast Shipping - Safe and Secure Mailer - Our goal is to deliver a better item than what you are hoping for! If not we will make it right!. Seller Inventory # 1XGDJP001D30_ns