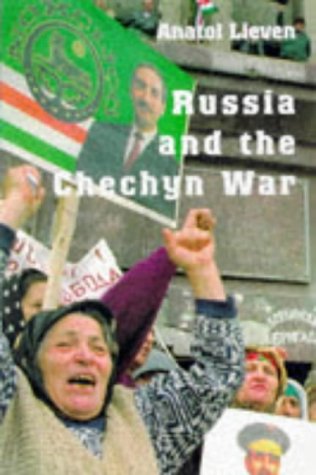 The humiliation of Russia by separatist rebels in the Chechen War marked a key moment in Russian - and perhaps world - history. In this new analysis Anatol Lieven offers a riveting account of the war as a means to explore the painful fate of the post-Soviet state.

A correspondent for the Financial Times, Anatol Lieven spent much time in Chechnya, the postage-stamp-sized Caucasus republic whose break from Russia in 1994 precipitated a major war (one that Russia lost). Lieven looks into the long, troubled history of Russian-Chechen relations, noting that each side despised the other for largely cultural reasons (the Chechens have long been involved in organized crime in major Russian cities, whereas Russians have long tried to strip Chechnya of its resources). He notes that Chechen society has historically been militarized (one Armenian said to Lieven, "The men are always fighting and the women are cooking for them, nursing their wounds, and bringing up their children"), making the mountain people a formidable foe. In the meanwhile, writes Lieven, the Russian military suffered from low morale and from corruption of various kinds: Russian field soldiers sold their guns to Chechen guerrillas for vodka and currency, while Russian officers stole their soldiers' pay and Russian politicians skimmed off the top. This is an extraordinary look at a little-known conflict. --Gregory McNamee

Anatol Lieven currently reports from Central Europe for the Financial Times. In 1996-97 he was visiting senior fellow at the U.S. Institute of Peace in Washington, D.C. He is the author of The Baltic Revolution: Estonia, Latvia, Lithuania and the Path to Independence, published by Yale University Press.

Anatol Lieven is Editor of Strategic Comments and an expert on post-Soviet affairs at the International Institute for Strategic Studies, London. He is also the author of The Baltic Revolution.