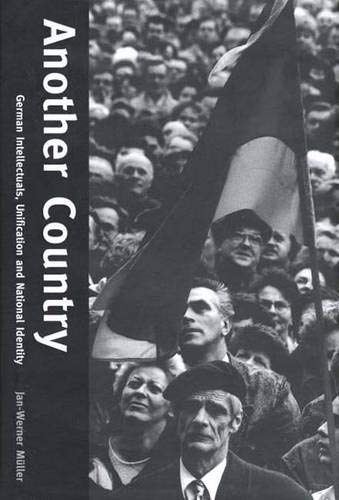 This important book examines the various reactions of German intellectuals to the unification of Germany and explores their peculiar role in defining national identity since 1945. Clearly and elegantly, Jan-Werner Müller assesses the development of German political thought in the decades after World War II, considers some of the continuing blind spots among German writers and thinkers, and explains why unification created a crisis for many intellectuals.

Jan-Werner Müller is a fellow of All Souls College, Oxford, and has recently held a senior visiting fellowship at the Remarque Institute at New York University.

On October 3, 1990, Germany was reunifiedApolitically. Ten years later, the "Berlin Republic" still struggles with its Nazi past and the Communist legacy of the German Democratic Republic. M?ller (history, Oxford Univ.) here analyzes the views of leading German intellectuals and their contentious debates regarding German identity and nationhood. He has reworked some previously published articles and written new essays to round out the work. M?ller examines in detail the antiunification ethos of G?nter Grass, Jurgen Habermas's advocacy of constitutional patriotism, attempts by Karl Heinz Bohrer and Martin Walser to recover a German cultural tradition, and the current usefulness of the political theories of Carl Schmitt and Hannah Arendt. General readers will be better served by Mary Fulbrook's insightful German National Identity After the Holocaust (Polity, 1999), Marc Fisher's highly readable After the Wall: Germany, Germans, and the Burdens of History (LJ 4/1/95), and Frederick Kempe's Father/Land: A Personal Search for the New Germany (Putnam, 1999). Recommended for academic libraries with German studies collections.AJames Tasato Mellone, CUNY Lib.
Copyright 2001 Reed Business Information, Inc.