Items related to Sexual Personae: Art and Decadence from Nefertiti to... 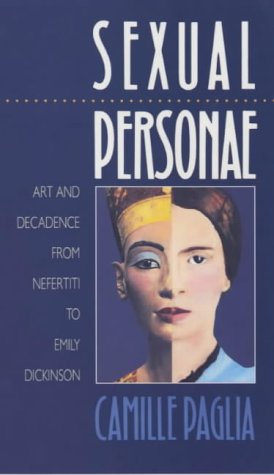 Is Emily Dickinson "the female Sade"? Is Donatello's David a bit of paedophile pornography? What is the secret kinship between Byron and Elvis Presley, between the Medusa and Madonna? How do liberals and feminists - as well as conservatives - fatally misread human nature? This audacious and omnivorously learned work of guerilla scholarship offers nothing less than a unified-field theory of Western culture, high and low, since the Egyptians invented beauty - making a persuasive case for all art as a pagan battleground between male and female, form and chaos, civilisation and demonic nature.

"A remarkable book, at once outrageous and compelling, fanatical and brilliant....One must be awed by [Paglia's] vast energy, erudition and wit"--Washington Post Book World

Egypt through the nineteenth century, Sexual Personae explores the provocative connections between art and pagan ritual; between Emily Dickinson and the Marquis de Sade; between Lord Byron and Elvis Presley. It ultimately challenges the cultural assumptions of both conservatives and traditional liberals. 47 photographs.