Polkinghorne F.R.S. K.B.E., John; Polkinghorne, John The God of Hope and the End of the World

The God of Hope and the End of the World 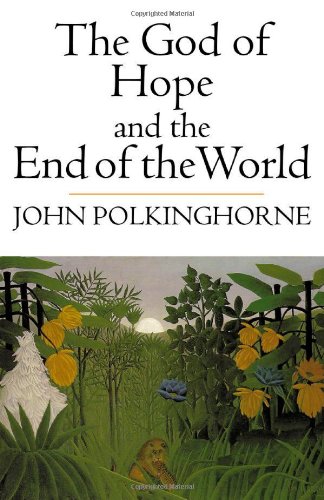 Do we live in a world that makes sense, not just now, but totally and forever? If, as scientists now predict, the universe is going to end in collapse or decay, can it really be a divine creation? Is there a credible hope of a destiny beyond death? In this engaging and intellectually scrupulous book, a leading scientist-theologian draws on ideas from science, scripture, and theology to address these important questions. John Polkinghorne carefully builds a structure of the hope of the life to come that involves both continuity and discontinuity with life in this world?enough continuity so that it is we ourselves who shall live again in that future world and enough discontinuity to ensure that the second story is not just a repetition of the first.

Polkinghorne develops his argument in three sections. In the first, he considers the role of contemporary scientific insights and cultural expectations. In the second, he gives a careful account of the various testimonies of hope to be found in the Bible and assesses the credibility of belief in Jesus’ resurrection. In the final section he critically analyzes and defends the Christian hope of the life of the new creation.

"An admirable book."-Alan G. Padgett, Theology Today; "The God of Hope and the End of the World is both challenging and comforting. It is an excellent work, providing gallons of fuel for debates or personal pondering about the probable or possible shapes of the life of the world to come."-John Omicinski, America; "Thoughtful Christians will find much to praise in this modern Aquinas."-Booklist; "This is a delightful, enlightening and edifying book written for thoughtful Christians whose faith requires an intelligent defense as their intelligence yearns for the comforts of faith."-Wayne A. Hoist, Catholic New Times

John Polkinghorne, K.B.E., F.R.S., is past President and now Fellow of Queens' College, Cambridge, Canon Theologian of Liverpool, and Fellow of the Royal Society.

1. The God of Hope and the End of the World

2. The God of Hope and the End of the World

3. The God of Hope and the End of the World