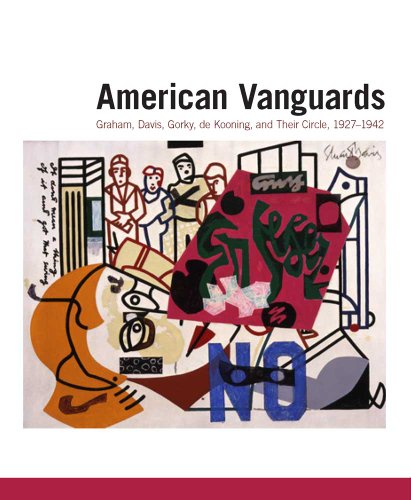 A new examination of the art and influence of artist John Graham and his circle, whose works and ideas contributed to the advancement of American modernism in the interwar period

The enigmatic and charismatic John Graham (1886–1961) was an important influence on his fellow New York artists in the 1920s through 1940s. Graham and his circle, which included Stuart Davis, Arshile Gorky, and Willem de Kooning, helped redefine ideas of what painting and sculpture could be. They, along with others in Graham's orbit, such as Jackson Pollock and David Smith, played a critical role in developing and defining American modernism. American Vanguards showcases about eighty-seven works of art from this vital period that demonstrate the interconnections, common sources, and shared stimuli among the members of Graham's circle.

Three essays by notable scholars investigate the complex relationships among Graham and his New York artist-colleagues during this formative period. William C. Agee positions Graham and his circle within the movement of New Classicism, which drew upon classical and Renaissance examples in an attempt to overcome the devastation of World War I. Irving Sandler focuses on the social, political, and intellectual dynamics among Davis, Gorky, Graham, and de Kooning in the mid-1930s. Karen Wilkin discusses the circumstances that brought these artists together, their common commitment to modernism, and the fascinating artistic cross-fertilization evident in their work. This critical reconsideration sheds new light on the New York School, Abstract Expressionism, and the vitality of American modernism between the two world wars.

"The three essays in the book are cogent and well researched, with supporting notes that are contemporary to the period and inclusive of newly published material. The binding is sturdy and the layout attractive, making for easy legibility. . . . Highly recommended."—R.A. Lockard, Choice (R.A. Lockard Choice)