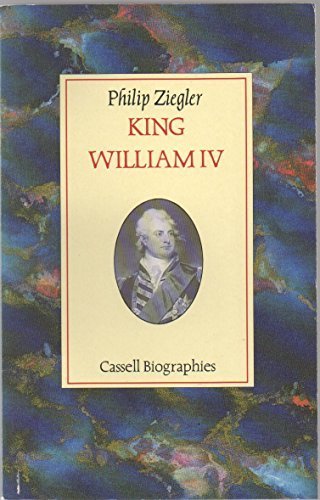 King William IV written by Philip Ziegler. William IV, the "Sailor King", who as a young man had served under his and the nation's hero, Horatio Nelson, is one of the most underrated of English monarchs. He was uncouth, even clownish, unconcerned about matters intellectual or spiritual; but he had integrity, common sense, and a powerful conviction of his obligations as a constitutional monarch. If his elder brother, the more intelligent but far less sensible George IV, had been on the throne when the Great Reform Bill was making its turbulent way on to the statute book, he would undoubtedly have backed the diehard Tories and might well have provoked a revolution. William IV detested the idea of reform but in the last resort realised that it was his duty to obey the will of what he accepted must be the vast majority of his subjects. By so doing he saved the nation and the monarchy.