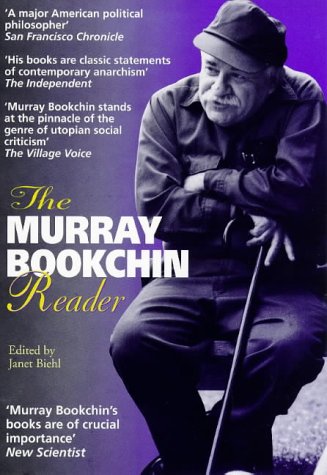 This collection offers an overview of the thought of Murray Bookchin, today's foremost social theorist and political philosopher of the libertarian left. Best known for introducing ecology as a concept relevant to radical political thought in the early 1960s, Bookchin was the first to propose, in the body of ideas that he has called "social ecology", that a liberatory society would also have to be an ecological one. His writings span five decades and a wide range of subject matter. Bookchin's writings on revolutionary philosophy, politics and history are less known than the specific controversies that have surrounded him, but deserve possibly greater attention. Despite his critical engagement with both Marxism and anarchism, his political philosophy, known as libertarian municipalism, draws on the best of both for the emancipatory tools to build a democratic libertarian alternative. Consistent throughout his work is a search for ways in which to replace today's capitalist society with a more rational and humane alternative.