The Civil War and the Wars of the Nineteenth Century 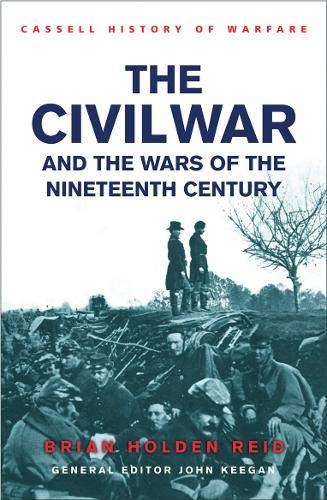 The Civil War was the bloodiest conflict in America's history, comprising 149 general engagements of importance and 2200 skirmishes. Trace the course of this seminal confrontation, including such factors as generalship, staff work, organization, intelligence, and logistics, to see how they affected the shape and decisions of the battlefield. Look closely at the strengths and weakness of the opposing sides--the North's industrial power and the South's material shortages, for example--and the effect of new weaponry on tactics. And, unlike histories that downplay the connection between the outcome in the United States and the conflicts in Europe, this one reveals their interconnection by also examining the Crimean War and Prussia's battles with Austria and France.

Professor Brian Holden Reid is head of American History and Military Institutions at King's College London, and is the Resident Historian at the British Army's Staff College, of which he is also a graduate.

1. The Civil War and the Wars of the Nineteenth Century

2. The Civil War and the Wars of the Nineteenth Century Brian Holden Reid and John Keegan