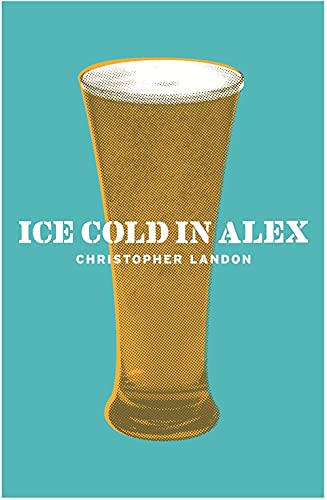 A true classic, this bestselling novel--and the inspiration for the internationally renowned film starring John Mills--tells the story of a small group of soldiers and nurses trying to escape from Tobruk through the German-occupied desert. For Captain George Anson, the taste of the ice-cold beer served in Alexandria, Egypt remains an indelible memory. When he's assigned to escort two nursing sisters there, he dreams of enjoying that simple pleasure again. But his routine mission turns epic as he and the nurses find themselves driving further and further south to escape the advancing German army.

Christopher Landon served with the 51st Field Ambulance in North Africa during WWII. After the war he wrote several novels, including A Flag in the City, Stone Cold Dead in the Market, and Hornet's nest. His most famous novel, however, was Ice Cold in Alex, which was made into an internationally famous movie, starring John Mills.