Items related to Killer Elite: The Inside Story of America's Most... 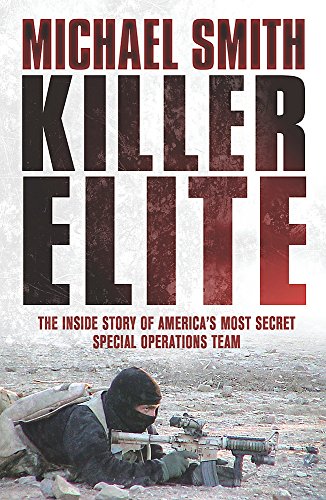 America’s most secret Special Forces unit does not even have a name. Formed as the Intelligence Support Activity,” the group has had a succession of innocuous titles to hide its ferocious purpose: to operate undercover in the world’s most dangerous places and penetrate such enemy organizations as Al Qaeda, Hamas, and Islamic Jihad. Here is the first detailed account of its history, and it traces the I.S.A. from its very beginnings to the present day, when it has accomplished such missions as locating Saddam Hussein. By translating intelligence information into direct action, it is well on its way to becoming the most effective and feared force in the U.S. military.

Sunday Times Defence Correspondent Michael Smith is an expert on intelligence and special forces operations and was named Specialist Writer of the Year in the 2006 British Press Awards. Smith served for ten years with the British Army's Intelligence Corps before leaving to join the BBC. He lives near Henley with his wife and family.

2. Killer Elite: The Inside Story of America's Most Secret Special Operations Team